“No, I don’t walk that way – you have to turn right on the next street – because Steve might be out and I’ll get a chance to see him,” I explained this directional route to my husband on a recent walk through the neighborhood. “Whenever I see Steve, he’s so adorable, I just want to hug his neck.”

Larry rarely has an opportunity to walk with me, so for a minute he looked a little confused, until I clarified that Steve is my favorite neighborhood dog. He barks like a ferocious canine protecting his property, but he is really a lovable pooch with responsible owners who never let him run free or do his business indiscriminately.

Sadly, not all pet owners are as conscientious, when it comes to making sure their dogs don’t infringe on the rights of others. In the most extreme cases, we have seen the horrifying accounts about a loose dog viciously attacking an innocent victim resulting in death or serious injury.

But what about that pesky poop, irresponsible dog walkers leave on sidewalks, at the park, or even at a strip mall? First, please know I am a consummate dog lover, even though I do not have the pleasure of owning one. Yet dogs are a lot like toddlers. When they are well-behaved, they are delightful. When they’re screaming and throwing a temper tantrum, in dog talk – incessantly barking or rummaging through the trash, you probably prefer not to be around them.

The big difference though is that most toddlers wear diapers, while dogs are dependent on the sensitivity of their keepers to handle the disposal of their doo-doo. If you Google the word “doo-doo,” which by the way I’ve never used in any other column in the past two decades, the result is “excrement.” Google dictionary’s sentence usage example is, “They should fine people if they are not carrying a bag for their dog’s doo-doo.” I have to agree with Google on this one. Some organizers have even advertised events titled, “Scoop the Poop,” campaign.

For instance, in my own subdivision I watched helplessly as a little one on a trike, was pedaling full-speed into the path of a large pile of you-know-what left on the sidewalk by a careless owner. Another time in a strip mall parking lot just off I-75, an older lady with a large breed of dog, negligently allowed him to leave his own oversized memento in a tiny dirt filled island with a sole tree in an asphalt parking lot.

The entire time he was doing his business, the woman glanced around surreptitiously, fully comprehending what she was doing was wrong, since she had no intention of cleaning up after her pet. Besides, canine waste can contain roundworms, transmit diseases, and the high protein content in dog food can also cause the waste to be acidic and harmful to plants or even grass according to various Internet sites.

Some municipalities do have ordinances and impose hefty fines for inconsiderate people who leave waste behind. For example, in New York City the problem has become monumental. In May 2017, an article in the New York Post, “De Blasio pledges crackdown on dog poop” reported, “Dog owners who leave pet poop on city sidewalks better cut the crap — or face hefty fines!”

Several months later, another New York Post article claimed that little momentum had been gained in the effort to keep the streets where millions of dogs reside, as a feces free zone. Let’s face it, it can be rather difficult to find out which canine culprit left what, and where. One answer is DNA testing which is being employed in certain areas. Although effective, feces forensics might not be cost-effective at about $100 a sample.

But ordinances shouldn’t have to be officially adopted or enforced. If we are concerned 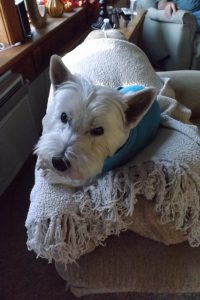 citizens and good neighbors, we should be courteous and responsible when it comes to pet excrement. “Life is short, but there is always time for courtesy,” according to 19th century philosopher and poet, Ralph Waldo Emerson.

To heed Emerson’s charge, dog walkers simply need a plastic bag to collect their pet’s waste, and then dispose of it in the garbage or a toilet minus the bag. Will you join the “Scoop the Poop” campaign today? Just think of that tiny child on his little trike headed for disaster, and me, too slow to stop it. 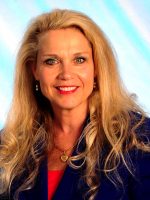 Christina Ryan Claypool is an Amy and Ohio AP award-winning freelance journalist and Inspirational speaker. Her novel, Secrets of the Pastor’s Wife, will be available soon. Contact her through her website at www.christinaryanclaypool.com.